I very proud to announce my painting 'Times up !' won the Lethbridge 20000 Art Award. 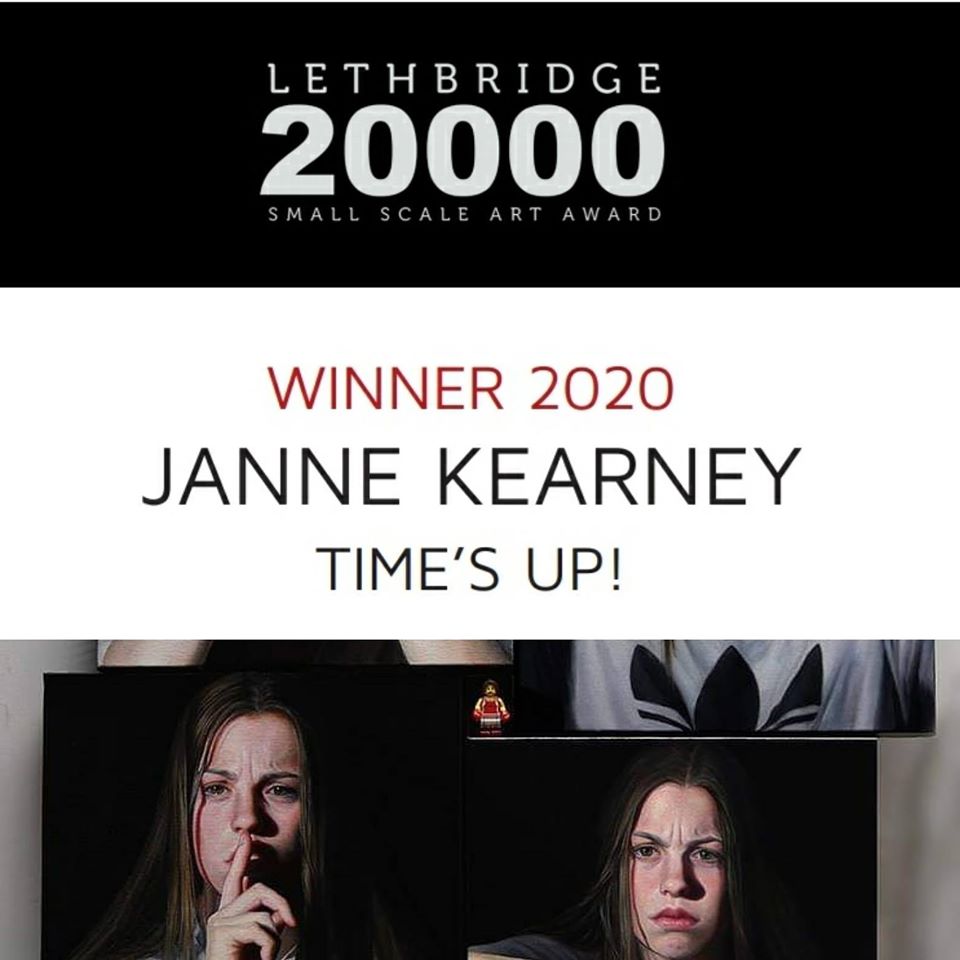 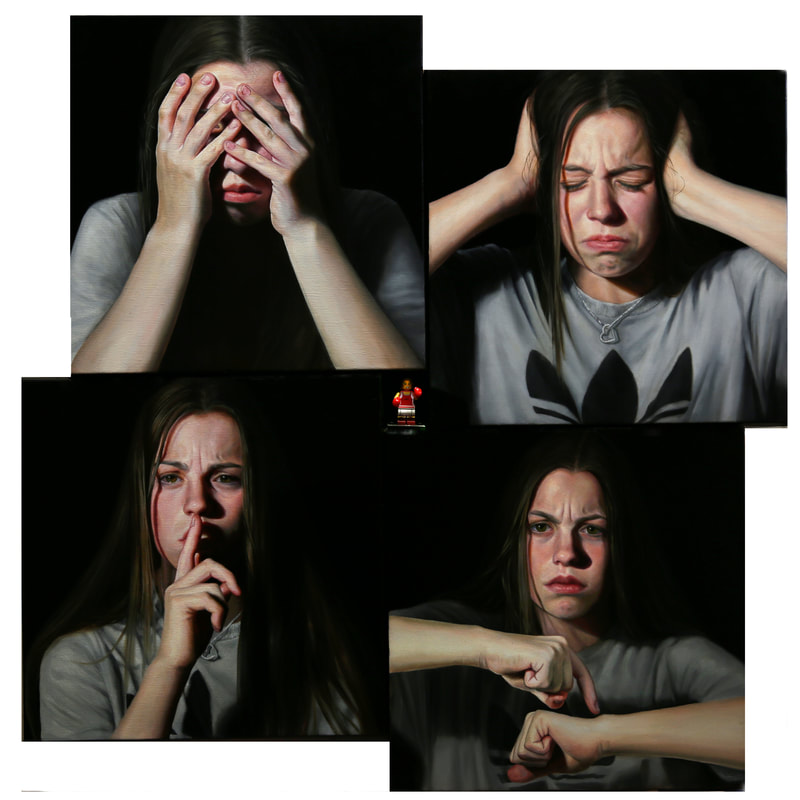 Depicting fear, powerlessness, withdrawal and secrecy. Boxed into a world of subjection where girls we were taught to respect their elders, to be seen and not heard, and not to question adults. The displacement of the canvas symbolises the disjointed effect abuse can have on the lives of those exposed to it, the dark hole created in the centre of the work conjures up thoughts of a voyeuristic peep hole, but rather than an unsuspecting victim, there is a child’s toy, a boxing girl figurine symbolising power strength and the ability to fight back.

Ironically ‘See no evil, hear no evil, speak no evil’, often refers to those who deal with impropriety by turning a blind eye
The ‘Time’s up’ and ‘Me too’ movement has gained much traction, it’s important to keep the message alive in order to create real change in some men’s attitudes towards women.
​
We must empower young girls and vulnerable people to speak up and say, ‘Time’s up!’… it’s time to come out of our hiding holes and fight back, it’s time to be strong, it’s time to be bright and bold, it’s time for cultural change! You are not alone. There is strength in declaring ‘Time’s up!

OCT: 2018: My painting, Once upon a time... has been selected as a finalist in the Black Swan Portrait Prize, The Black Swan Prize is one of Australia's richest Portraiture Prizes. Held in the heart of Perth, Western Australia, it proudly showcases and promotes Australia's most talented artists. The 2018 Black Swan Prize for Portraiture features the $50,000 Lester Group Prize, the $7,500 People's Choice Prize by the Baldock Family, and the $10,000 Tony Fini Foundation Artist Prize.

MARCH 2018:  Thrilled to receive my Arc FWSA art award. Only 7 people chosen from 3750 artists from 69 countries, what a huge honour.

Janne Kearney’s painting ‘Me too’, wins top American Art PrizePosted 15 March 2018
Geelong Artist Janne Kearney has been recognised amongst the world’s best realist painters.The ARC is the most important realist painting prize in the US and the Americas, the 2018, 13th Annual ARC Salon had over 3,750 entries from 69 countries.
Fashion Week San Diego Award (FWSD), is an award where FWSD designers will be matched with the 7 winning artists’ work, the designers will create an original couture outfit and look inspired by the work of art. Kearney’s winning work along with the specially designed garments will be on display with live models at the October 12th FWSD18 opening night and remain on exhibition paired with the couture creations.
For the opening night event, FWSD and ARC will hold a panel discussion to discuss the works with the artists and their partnership. In addition, that evening guests/attendees will be able to “vote” for their favourite piece and pairing. Winners will be announced the following day and additional awards will be given to the “team”/”individual” at that time.

Painting of Teah RaeburnKearney’s model for her painting is of local girl Teah Raeburn, Teah has featured in many of Kearney’s paintings including her work titled (86) in which it was selected as a finalist in the prestigious BP Portrait Prize, selected from over 2500 entries from 90 countries. It was hung in the London National Portrait Gallery, and then toured 4 major UK galleries for 12 months. Kearney has been a finalist in over 70 prestigious national and international Art Prizes.
The ARC Salon Exhibition will be on view at the Salmagundi Club, 47 Fifth Ave., New York, NY from September 21st—October 2nd, 2018 with the public opening event on Saturday, September 22nd from 11am to 3pm. Entry is free. The show will then travel to the MEAM Museum, Barcelona, Spain from February 8th—March 31st, 2019, with the opening event and award ceremony starting at 7pm on February 8th.
Kearney is quickly becoming part of an international elite set of artists. Where the trajectory is going to go to from here is anyone’s guess, but with the eyes of the world sharply focussed on her, anything is possible.
The award means unprecedented opportunities and recognition on the international stage. It gives the ability for portrait artist’s work that may have been formerly unseen to be appreciated by hundreds of thousands of people across the US and Barcelona. Additionally, online exposure that globally reaches countless millions, the Arc Salon and FWSA showcases the very best in realism, free of the celebrity pushes and popularity base behind some of the Art world’s other big prizes.
“Winning such an elite globally recognised art award is proof that anyone can do anything if they work hard enough for it! Not starting my painting career until my 40’s, and being largely self-taught with no formal arts education, I felt compelled to work harder. I knew it would take me around 10 years to fully develop my skills and that I had no time to waste.” Janne Kearney
Contacts: Janne Kearney is represented in Australia by:  Claire Harris, FLINDERS LANE GALLERY
137 FLINDERS LANE MELBOURNE VIC 3000  WWW.FLG.COM.AU  0403 225 386, 03 96543332 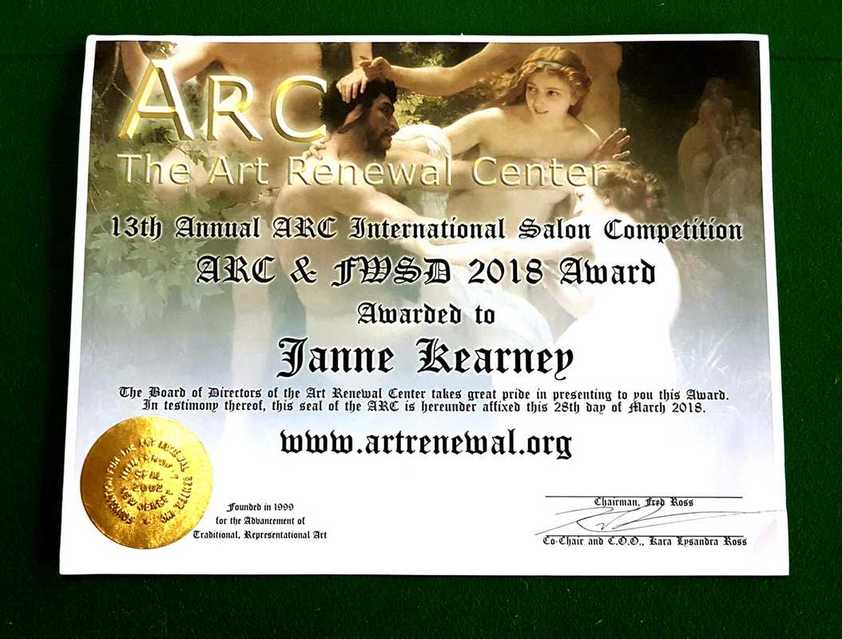 I am pleased to announce that my painting 'Me too' is a finalists for the  2018, 13th International ARC Salon Competition. This year we have received over 3,750 entries from 69 countries and have included approximately 28% as finalists. The most prestigious realist art competition in the Americas and perhaps the world, the International ARC Salon offers over $100,000 in cash awards and International recognition through partnerships with prestigious magazines, galleries, museum exhibitions, and a strong online presence.
​ 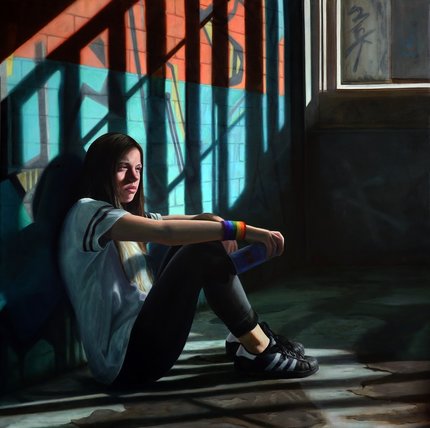 Geelong based Victorian artist Janne Kearney has beaten over 2,500 entries from over 90 countries to become one of just 53 finalists in the 2017 BP Portrait Award in London.
Presenters of the award, which is regarded as the ‘Portraiture Oscars,’ declared Kearney’s ‘86 (rhyming slang for worth nix)’ as an example of “the very best in contemporary portrait painting.” The UK’S most revered art critics judge the award at the National Portrait Gallery in London and only a few Australian artists have reached the final 52 selected artists, a rare accolade. According to Kearney, the opportunity to have her art displayed at the National Portrait Gallery will transform her career. A photorealistic painter, Kearney is a self-taught artist, beginning her artistic career at the age of 43. “I am a 54-year-old woman who has worked hard to teach myself to paint. Appearing in the London Portrait Gallery means I am flying the flag not only for Australia, but for older female artists, for those without the ‘right’ connections and for those who don’t have a formalised fine arts background or a university degree,” Kearney said. Kearney’s oil painting, titled ’86 (rhyming slang for worth nix)’ represents her passion for weaving narrative symbolism within straight forward images. Her body of work tackles some of society’s most challenging concepts, such as marriage equality, youth homelessness and the flawed mental health system.
​
‘86’ is the second piece of Kearney’s to be recognised by the judges in the BP Portrait Award, after her 2015 piece, ‘Miasma’ from her Dystopia series went through to the top 200 in the judging.

Without favouring reputation, popularity or connections, submissions for the BP Portrait Award are anonymous to ensure only the best are acknowledged. The top 3 finishers are awarded a share of the £61,000 (almost $105,000 AUD) in total prizes. The art works will be exhibited at the National Portrait Gallery from 22 June - 24 September 2017, then go on tour to Exeter City Art Gallery (4 October – 4 December, 2017), Scottish National Portrait Gallery, Edinburgh (11 December, 2017 – 19 March, 2018) and Sunderland Museum and Winter Gardens (26 March – 11 June, 2018). It is estimated that over 500,000 people will attend the touring exhibition over the 12-month period. During the BP Portrait Award’s 28-year history, artworks by over 1,400 emerging artists and firmly established professionals from around the globe have been exhibited, with more than 4 million visitors experiencing the creative works.
If you would like further information, high res images or to request an interview with Janne Kearney, please do not hesitate to contact us at Flinders Lane Gallery at info@flg.com.au or 03 9654 3332.

About the artist, Janne Kearney Kearney is now well-placed among an international elite set of portrait artists. With no formal training and a late start as an artist at 43 years of age, Kearney’s story is truly remarkable and her work has continued to impress and catch the eye of critics and art lovers alike. Quickly making a name for herself as the pre-eminent photorealist portraiture artist of Australia, Janne Kearney continues to go from strength to strength. Not one to shy away from confronting subject matter, her ethereal and pop-culture based work often explores issues surrounding marriage and gender inequality, experiences of people and places abandoned by society as well as portraying the trauma inflicted by disjointed youth justice systems. Her works dissect stereotypes as she both confronts and comforts her audience.
About the work Kearney’s oil painting, titled ’86 (rhyming slang for worth nix)’ is illustrative of the artist’s passion for weaving intricate narrative symbolism into seemingly straightforward images. Kearney’s somber and mellow image evokes notions of love, loss and darkness, and the use of subtly placed rainbow colours examines fluid gender identification while breaking down traditional definitions of beauty. Each of her paintings includes a rainbow, she will continue to incorporate this symbol until Australia legalizes same sex marriage. About the BP Portrait Award Selected from 2,580 entries by artists from 87 countries around the world, the BP Portrait Award 2017 represents the very best in contemporary portrait painting. The BP Portrait Award 2017 exhibition will run at the National Portrait Gallery from 22 June to 24 September 2017. Now in its thirty-eighth year at the National Portrait Gallery and twenty-eighth year of sponsorship by BP, the Award continues to be an unmissable highlight of the annual art calendar.

​The competition was judged from original paintings by this year’s panel:
Nicholas Cullinan, Director, National Portrait Gallery (Chair) Sarah Howgate, Contemporary Curator, National Portrait Gallery Michael Landy, Artist Kirsty Wark, Broadcaster and journalist Camilla Hampshire, Museums Manager & Cultural Lead, Royal Albert Memorial Museum, Exeter Des Violaris, Director, UK Arts & Culture, BP.
The BP award means unprecedented opportunities and recognition on the international stage. It gives the ability for a portrait artist’s work that may have been formerly unseen to be appreciated by hundreds of thousands of people across the UK and additional online exposure that globally reaches countless millions. The BP award showcases the very best in portraiture, free of the celebrity pushes and popularity base behind some of the art world’s other big prizes.
BP Portrait award
FLINDERS LANE GALLERY 137 Flinders Lane, Melbourne VIC Tues - Fri 11am to 6pm, Sat 11am to 5pm (except for 3pm on the last day of exhibition.) info@flg.com.au, (03) 9654 3332 www.flg.com.au FREE ENTRY 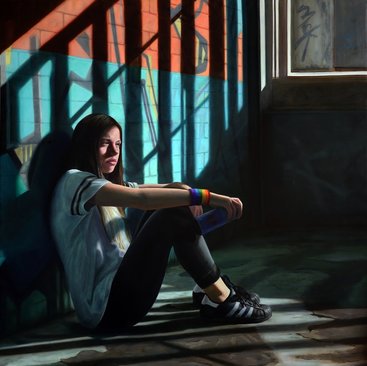 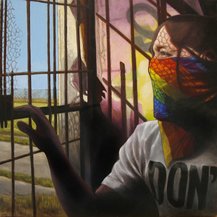 LOVE IS IN THE AIR.

It's one of the most prestigious art competitions for contemporary art and the most important portrait prize in the world. The Daily Mail defined it as "The portraiture Oscars".